A Bible Study in the First Epistle of Peter the Apostle

An Introduction to the First Epistle of Peter the Apostle

The Epistles of Peter the Apostle are the second largest segment of the New Testament, eclipsed only by the writings of Saint Paul. Peter’s second place positioning in the New Testament may be surprising when one recognizes Peter as the “rock” upon which Jesus said he would build his church. Peter was first among the Apostles in ecclesiastical leadership and priority, and yet, the framers of the Bible placed his writings behind the gospels and then the writings of the late arriving apostle Paul. This positioning should in no way diminish the importance and power of Peter’s epistles, for they provide some of the most significant reflections on the meaning and practice of Christian faith in the Bible.

The First Epistle of Peter is particularly important as a witness to faith in times of uncertainty, threat and danger. We cannot overstate the relevance of this letter for our times, as the world struggles with the devastation brought on by the health crisis of the Covid 19 virus.  In a world beset by forced isolation, family separation, and imminent threat from simple actions like food gathering, the setting and proclamation of 1 Peter speaks a bold message of hope, life and ethics to our unusual times.

At the time of the writing of the First Epistle of Peter, the world was in a state of turmoil, particularly the world of Christians. Written between AD 60 to 64, the First Epistle of Peter gives instructions on holy living for those suffering a period of immense persecution and danger. It was written during a time of Roman occupation when Emperor Nero sat on the throne of the most powerful empire in the world. An unhinged despot, Nero had a particular distain for Christians, whom we viewed as an aberrant and politically threatening offshoot of Judaism. During his short reign, Nero set out to disband and obliterate the Christian church. He was largely successful in debilitating the Christian strongholds in Rome, scattering many Christians to the hinterlands of Asia Minor – communities to which First Peter is addressed.

According to the Cultural Backgrounds Study Bible (Zondervan, Walton & Keener, 2016), “Nero’s persecution devastated the Christian community in Rome,  although its numbers remained strong afterward.  A fire burned much of Rome in AD 64 yet suspiciously left unscathed the estates of Nero and his older boyfriend Tigellinus. Like any good politician, Nero needed a scapegoat for his ills, and what appeared to be a new religious movement, understood as a fanatical form of Judaism begun by a crucified teacher some 35 years before, filled the need perfectly.”

“Romans viewed Christians, like Jews, as hostile to the rest of society.  Certain charges became so common that they were stereotypical by the second century. Christians were “athiests” (for rejecting the Roman gods), “cannibals” (for eating Jesus’ body and drinking his blood) and incestuous people (for statements like “I love you, brother” or “I love you, sister”). Judaism was a poor target for outright persecution because its adherents were numerous, and it was popular in some circles.”

“According to the early second-century historian Tacitus (Annals, 15:44), who disliked Christians himself, Nero burned Christians alive as torches to light his gardens at night.  Nero killed other Christians in equally severe ways. In all, he murdered hundreds, and probably thousands, of Rome’s Christians, although many Christians escaped his grasp.”

The First Epistle of Peter is written to some of these exiled refugees who lived in the Christian diaspora in Asia Minor during their time of unimaginable stress.

Study Questions for Week 6:  The Test

1.  St. Peter begins 1 Peter 4:12 using a word of endearment when referring to the members of the churches at Asia Minor.  What word does he use?

2.  Obviously, the churches at Asia Minor were going through a tough time as exiles from Rome. Even despite their circumstances what does St. Peter encourage the people to do according to 1 Peter 4:13.

3.  In 1 Peter 4:14, we are reminded that we are blessed, when we may not otherwise feel blessed.  What unexpected occasion does St. Peter mention as a sign of our blessing?

4.  In 1 Peter 4:15, Peter encourages Christians not to do as others do who will likely suffer consequences for their actions.  What activities does St. Peter warn about?

5.  1 Peter 4:17 says that a time of judgment has come.  What do you think St. Peter means here? According to this passage, whose gets judged first?

1.  Think about your favorite endearment term for someone you love.  In what ways does St. Peter’s use of the word “Beloved” equate with that term.  What does it mean to you to be considered “Beloved of God?”

2.  St. Peter encourages Christians to rejoice in the midst of suffering. Why is that particularly difficult to do?  Read 1 Peter 4:13 again. What in this passage suggests a way to rejoice even when we don’t feel like it?

3.  Feeling blessed when others make fun of you or persecute you is difficult.  What evidence does St. Peter give for how you may reclaim your blessedness even when others hate and revile you?

Exile and the Kingdom Study Questions for All Weeks
(downloadable files) 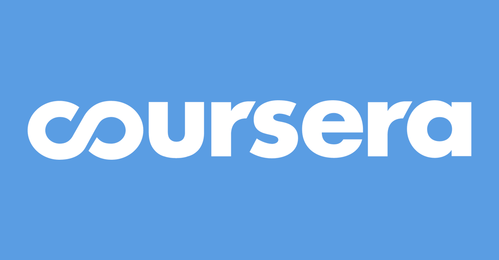 Free online college level courses on topics of religion are available at Coursera.com. To sign up for courses go to www.coursera.com and register with your email to begin enjoying world-class instruction on great topics of faith.  The following current offering is recommended as a supplement to Pastor Frank’s class: Becoming the Book: How the Bible Came to Be.

The Bible’s Prehistory, Purpose and Political Future with Dr. Jacob L. Wright of Emory University Candler School of Theology
A six-week course on the history and origins of the Hebrew Bible (the Old Testament) taught by a renowned professor of Jewish Studies

Course Overview:  With its walls razed to ground by Babylon’s armies, Jerusalem joined a long line of ancient vanquished cities—from Ur and Nineveh and Persepolis to Babylon itself. While some recovered from the destruction, others did not. But none responded to political catastrophe by fashioning the kind of elaborate and enduring monument to their own downfall that we find in the Bible. Most conquered populations viewed their subjugation as a source of shame, but the Hebrew people claimed their identity anew storytelling, becoming the People of the Book.

The ELCA Book of Faith Initiative 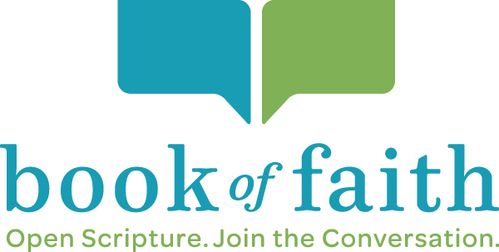 We are a church whose unity is in Jesus Christ, who gathers us around word and water, wine and bread. We believe that people meet God in Scripture, where God’s relationship to — and intention for — humankind is revealed.

The Book of Faith Initiative strives to increase biblical literacy and fluency for the sake of the world. The Evangelical Lutheran Church in America is committed to this five-year initiative encouraging members, congregations and synods to dig deeper into our book of faith — the Bible.

For many, the encounter with Scripture is limited to the excerpts that are read on Sunday morning. Many of us — and many of our neighbors — are somewhat intimidated and unsure of how to engage Scripture. We believe all are invited to open Scripture and join the conversation.

In order to delve deeper in the word, the Book of Faith Initiative recommends a four-fold method for reading the Bible: devotional, historical, literary and Lutheran theological reading. It’s up to you and your faith community to decide how the Book of Faith Initiative will become a vital part of your ministry so that together we grow in our deep engagement with the word of God.  Get involved To get started, visit www.bookoffaith.org and www.twitter.com/bookoffaith.

Send Us a Word.

We'd love to hear from you!